A man and his calling

Asko is a pastor of The Evangelical Free Church of Finland. Since 1969 he has ministered as a pastor and evangelist in Finland, Sweden and Canada. Asko feels that his calling and distinct spiritual talent from God is that of an evangelist. Since the beginning of year 2000 He was the leading pastor in the Kouvola Evangelical Free Church, Finland since the beginning of year 2000 until January of 2009 when he retired. Now he's working as a free evangelist. Jesus lives!

Here's a quote from a journalist:

"Pastor Asko Tynjälä as a guest speaker in our town. 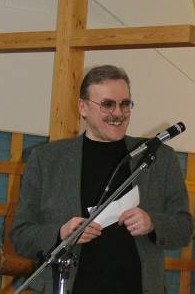 Tynjälä is known as temperamental, at times even a sparkling preacher. He is lively in the pulpit and his enthusiastic presentation captivates the audience. His message is: Christ cares about people, has mercy on them, leads them into the right relationship with God and also heals them. Tynjälä's spouse is a judge (presently retired), and Asko says she preaches the law and he preaches the Gospel.

Born in Southern Ostrobothnia, Alajärvi, Finland Tynjälä was influenced by his Christian home and grew into spirituality. As teenager, however, his mind began to rebel and he lost his childhood faith.

"I had some fear of God, but I did not live as I should have. For six years I lived backsliding," he says.

His father Pentti Tynjälä is a well-known pastor and revival preacher in Finland. Before his father was leaving for his very first preaching mission, he blessed every member of his family. When he blessed Asko, he said these prophetic words: "This son, Asko, I surrender into the ministry of God`s kingdom." Asko was about three years old at the time.

Eighteen years later his fathers´s words came to pass, although Asko did not know about the prophesy until much later. His conversion took place in Sweden, where he lived for 5 years.

In his youth Asko's absolute, passionate aspiration was to become a pop singer. When pursuing this goal Asko had won a pop singing contest. Shortly after this contest he was saved at the age of twenty-one on July 16th, 1967. That changed everything! Subsequently sudden, radical turnaround happened in his life, something eternally more precious and glorious was found and he no longer pursued his pop singer's career. 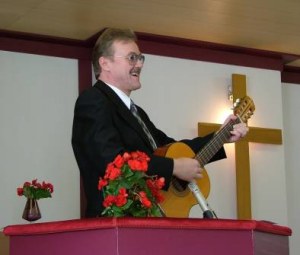 Asko recounts his surrendering to Christ:

"I was visiting a Christian family. There God spoke these words into my heart: 'What does it profit a man, if he wins the whole world but his soul suffers harm?' Then and there some family members led me into a sinner`s prayer and I was born again."

A few months after his conversion, God called Asko to the ministry of His kingdom. Tynjälä studied in the Lidingö Theological Seminary in Sweden and completed a pastor's degree.

He has been working as a preacher for thirty-five years. He has ministered to churches in the capacity of a pastor for nineteen years in Finland, Sweden and Canada. His Canadian mission lasted for six years. He has been an evangelist and a leader of evangelization crusades for eighteen years. At the moment, Tynjälä is the senior pastor in Kouvola Evangelical Free Church."

In the summer of 2000, Lord Jesus touched me with His renewing grace and His blessing refreshed my faith and my soul. I received a new, blessed confidence and determination in my preaching. This blessed encounter has had lasting effects on my ministry! Hallelujah!

JESUS LIVES
AND STILL HAS AN EFFECT

He gives purpose and direction in your life and guides you in meaningful ways!
He understands your problems perfectly and He is willing to help!
No problem is too difficult for Him!
He mends your broken life!
He forgives your sins!
He baptizes you with Holy Spirit!
He can bestow you with unspeakable peace and joy!
He can heal your broken heart!
He gives you eternal life!